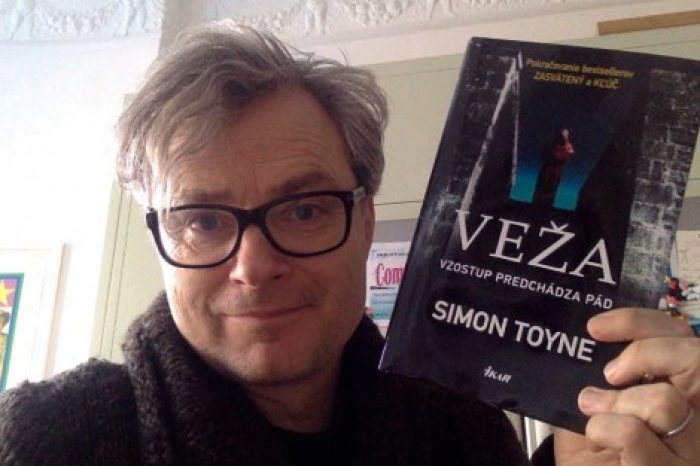 Happiness is the postman arriving with a parcel. This morning he came bearing this very lovely edition of the Slovakian version of the Tower.

It was sent by my international agents ILA who celebrated their 50th anniversary last night in a star-studded event in London.

At one point in the evening I bumped into someone who looked like Julian Barnes and it only occurred to me afterwards that it was, actually, Julian Barnes. The venue was decorated with significant book covers marking each year of ILA’s existence. Jack Kerouac was one, Julian Barnes another, AS Byatt, EL James, and so on.  I turned a corner and went slightly weak-kneed when I saw that 2010 was represented by me.

Happy Birthday, ILA. Though I do feel I got the best present.