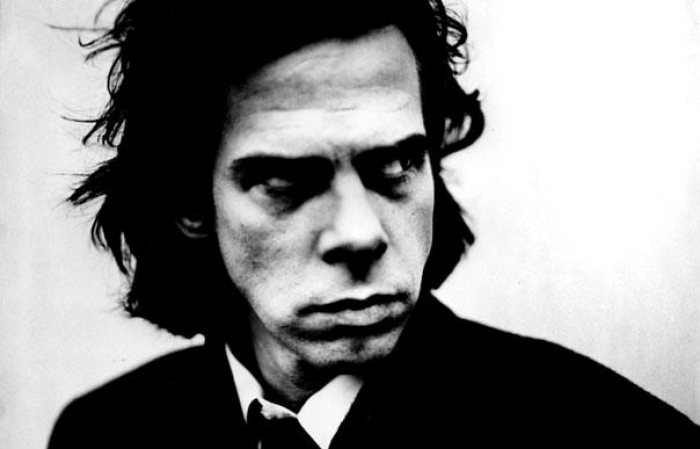 There are many things that influenced the character of Solomon Creed, some literary, some cinematic, and some musical. I always listen to music when I'm writing, gradually compiling a playlist that suits each book - songs for different characters, songs and music to suggest landscape, or mood. One of the songs on Solomon's personal playlist is "Red Right Hand" by Nick Cave and the Bad seeds. Any fans of the TV series "Peaky Blinders" will also recognise it as the title music and anyone who has read Solomon Creed will recognise him in the lyrics.

"On a gathering storm comes a tall handsome man"

Here's the song if you want to hear it.

Nick Cave has been a recurring figure throughout my adult life. I've listened to his music a lot, like lots of people have, but he's also a physical presence too. He used to live close to me when I lived in London. I knew this because he went to the same newsagents and was often in there clutching armfuls of newspapers and magazines and the occassional pint of milk.

When I moved to Brighton he did too. And he definitely followed me, not the other way round, because I remember everyone getting very excited when he moved to Hove and then to Kemp Town, where I now live.

I often see him in the cafe I sometimes work in. I've noticed he favours the same table as me. The lay lines must be good there.

I've never spoken to him, though he glares at me sometimes when he comes into the cafe and sees that I'm sitting at 'his' table. Actually that's not true. He has spoken to me - once.

I was in the cafe and waiting to settle up when a tiny new puppy scampered up to me and started sniffing at my shoe in that puppyish way they do. I bent down to scratch it behind the ear and get a quick puppy fix and asked the boy who was attached to it by a lead what it was called.

"Nosferatu," another voice cut in with a distinct Australian drawl.

I looked up. It was Nick Cave.

This means the only word Nick Cave has ever spoken to me is "Nosferatu."

This is a perfect Nick Cave story.

Today when I was researching something for the new Solomon Creed book I came across this - a kind of Nick Cave Dr. Seuss mash up where someone with lots of talent and time on their red right hands has 'Seussified' the song. Click on the image below to see more.

Enjoy it. I certainly did. 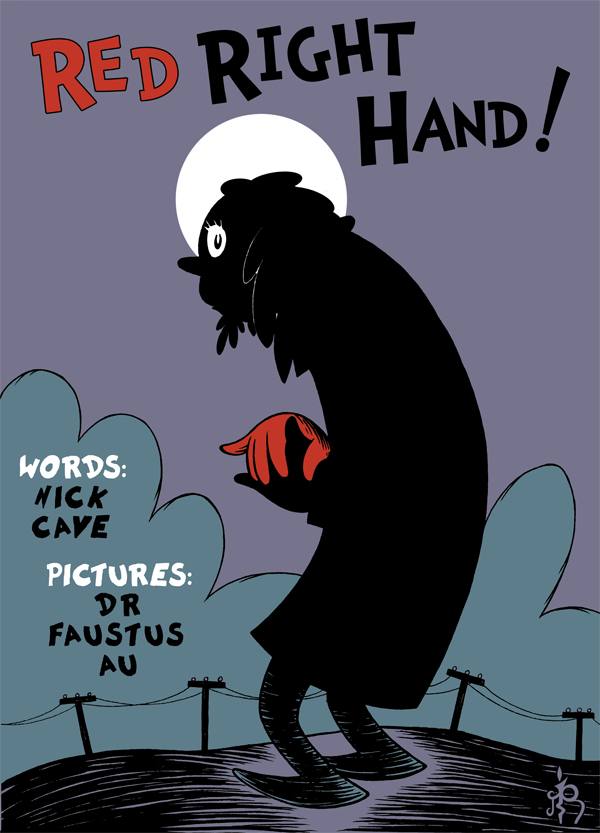 I think Nick Cave is brilliant too, but not as brilliant as Solomon Creed, which I have just finished reading
It grip me from first page to last
It is the book I would have been proud to write myself
If only!